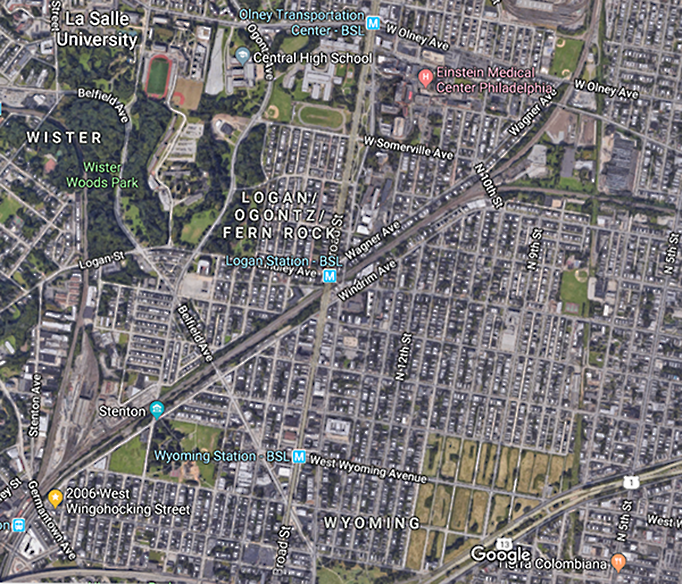 Logan Triangle was originally developed as a residential neighborhood in the early 1900s.  Built on loosely compacted, miscellaneous fill comprised of ash and cinders mixed with construction debris used to fill the historic Wingohocking Creek Bed, the soil conditions and exposure to water weakened foundations and homes began to sink in the 1950s.  The situation worsened in February 1986 when a gas explosion demolished a neighborhood home and severely damaged two others.  It was found at that time that 957 households were affected with major subsidence issues.  The Logan Assistance Corporation was created in 1987 to facilitate the relocation process.

The relocation process took several years and it wasn’t until 2012 that ownership of the Triangle was under one owner, the Philadelphia Redevelopment Authority (PRA). 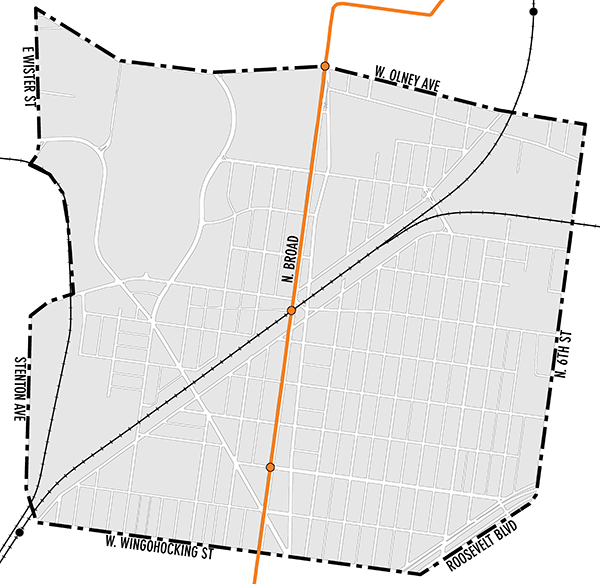 A comprehensive neighborhood plan was developed with broader boundaries than just the triangle: the area is bounded by Stenton Avenue to the west, Olney to the North, 6th Street to the east and Wingohocking to the south. On August 16, 2016, the Philadelphia City Planning Commission (PCPC) formally accepted the Final Logan Neighborhood Plan.

Back to top
mobile desktop